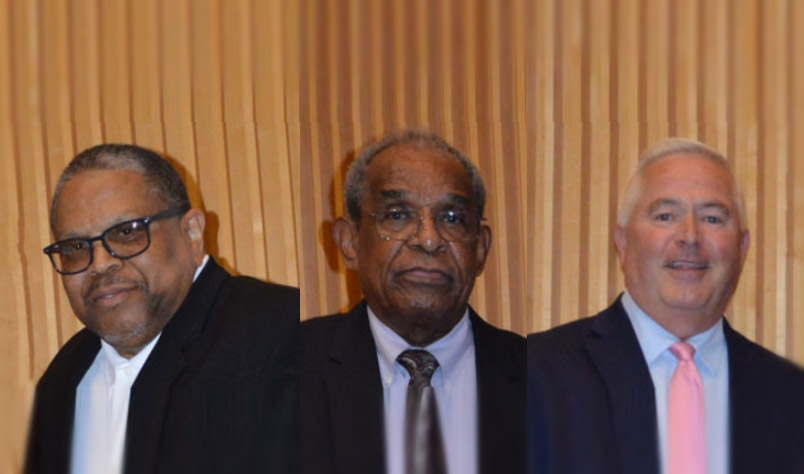 “We are extremely grateful for our alumni and friends”, said Boys & Girls Clubs of Greater Kansas City President and CEO, Dr. Dred Scott. “We are so honored to have the opportunity to recognize these three individuals who have excelled in their profession, and through the gift of their time and talent have had a direct impact on our Club youth.”

Inductees are former members or volunteers of the Boys Club, Boys & Girls Clubs or any of its affiliates who have made positive contributions to youth and community, and have achieved success in their careers. A closer examination of the 2019 inductees into Boys & Girls Clubs of Greater Kansas City’s Alumni Hall of Fame proves the Club does indeed create Great Futures.

The recipient of the Alumni of the Year Awards was Charles Parker. Charles Parker is a 1969 graduate of Lincoln High school. At Lincoln, he was the class president and an All-League basketball player. Parker went on to graduate from Tarkio College in 1973 with a Bachelor of Arts degree in Business Administration and Finance. At Tarkio College, he was an All-Conference basketball (2 years), and named Athlete of the Year. He was inducted into Tarkio College Hall of Fame in 2009 and inducted in the AAU Hall of Fame.  Parker was a longtime member of the 19th Street Boys Club Unit where he developed his basketball and athletic skills. Parker is currently the owner of Wings n Things on Troost Avenue.

The recipient of the Service Alumni of the Year Awards was Terry Wilson. Terry Wilson was a Boys & Girls Clubs of Greater Kansas City Board Member from 2004 through 2008 and again from 2010 through 2018.  His connection with the Clubs began when he was in Milwaukee and continued when Wilson and his family relocated back to his hometown of Kansas City in 2004. Wilson formed and served as Vice-Chair of the Investment Committee, served as Board Treasurer, and served as Vice-Chair of the Finance Committee in the mid-2000s. Wilson also served as Vice-Chair of the Resource Development Committee in 2013 and 2014.  His tenure as Board Chair in 2015 and 2016 saw the opening of the Olathe Unit, and the re-opening of the Thornberry Pool and Aquatic Center.  Wilson was named by the Missouri Area Council of Boys & Girls Clubs of America as the Missouri Volunteer of the year in 2015. He is currently serving on the Legacy Campaign Committee which is charged with fundraising to ensure the long term work of Boys & Girls Clubs in the Greater Kansas City community.

Wilson lives in Lee’s Summit, Missouri with his wife Christine.  They have four grown children and five grandchildren.

The Boys & Girls Clubs of Greater Kansas City in partnership with the Lee A. Tolbert Community Academy Charter School intend to submit an application to the Missouri Department of Elementary and Secondary Education for a 21st CCLC grant.